Denon DJ has just unveiled the SC5000M Prime, a media player that’s got a motorised spinning jogwheel platter. It aims to provide DJs with an experience similar to that of using a direct-drive turntable, but with the conveniences of digital DJ technology. The top of the platter is an actual piece of 7″ vinyl, and it’s got tension controls and two torque settings for customising the platter to your preference.

Listen to this story

The rest of the SC5000M Prime is similar to the SC5000 Prime: It has a 7″ high-definition touchscreen, dual-layer playback, eight performance pads, 3x USB and 1x SD card slots, a LAN port for hooking up to other Prime series hardware, and the ability to play high-resolution FLAC / ALAC files. Unlike the SC5000 Prime, the SC5000M Prime doesn’t have a display in the centre of its jogwheel.

The SC5000M Prime is primarily aimed at turntablists and DJs who currently perform with DVS. Despite all the cool things that a contemporary media player like the SC5000 Prime or the Pioneer DJ CDJ-2000NXS2 provides, one thing that both these players lack is a motorised spinning platter. The SC5000M Prime plugs that gap.

Such a feature is not an absolute essential, but there is a difference in feel when you’ve got something physically rotating underneath your hand as you scratch and beatmatch, and it’s for that reason (among many others) that some DJs still prefer to use a turntable.

Hang on, I’m getting deja vu…

This isn’t actually a new concept: the Technics SLDZ-1200 introduced in the early 2000s was the first digital media player to have a spinning platter onboard, and Denon DJ also put out a player with a motorised platter back in 2009 with the DNS3700. Numark’s NS7 series of DJ controllers also has motorised platters onboard, and even boasted a standalone unit (the Numark V7) back in the day.

By merging the “old school” analogue physics of a spinning platter with the conveniences and performance advancements of digital, motorised DJ media players and controllers aim to bridge the divide in kinetics between turntables and digital DJ kit.

Spinning platters are quite niche, though they’ve got a following, and the SC5000M Prime seems to want to fill that space especially since its main rival Pioneer DJ still has not put out a motorised media player as of this writing. Check out our video below, along with the promo video and photo gallery. 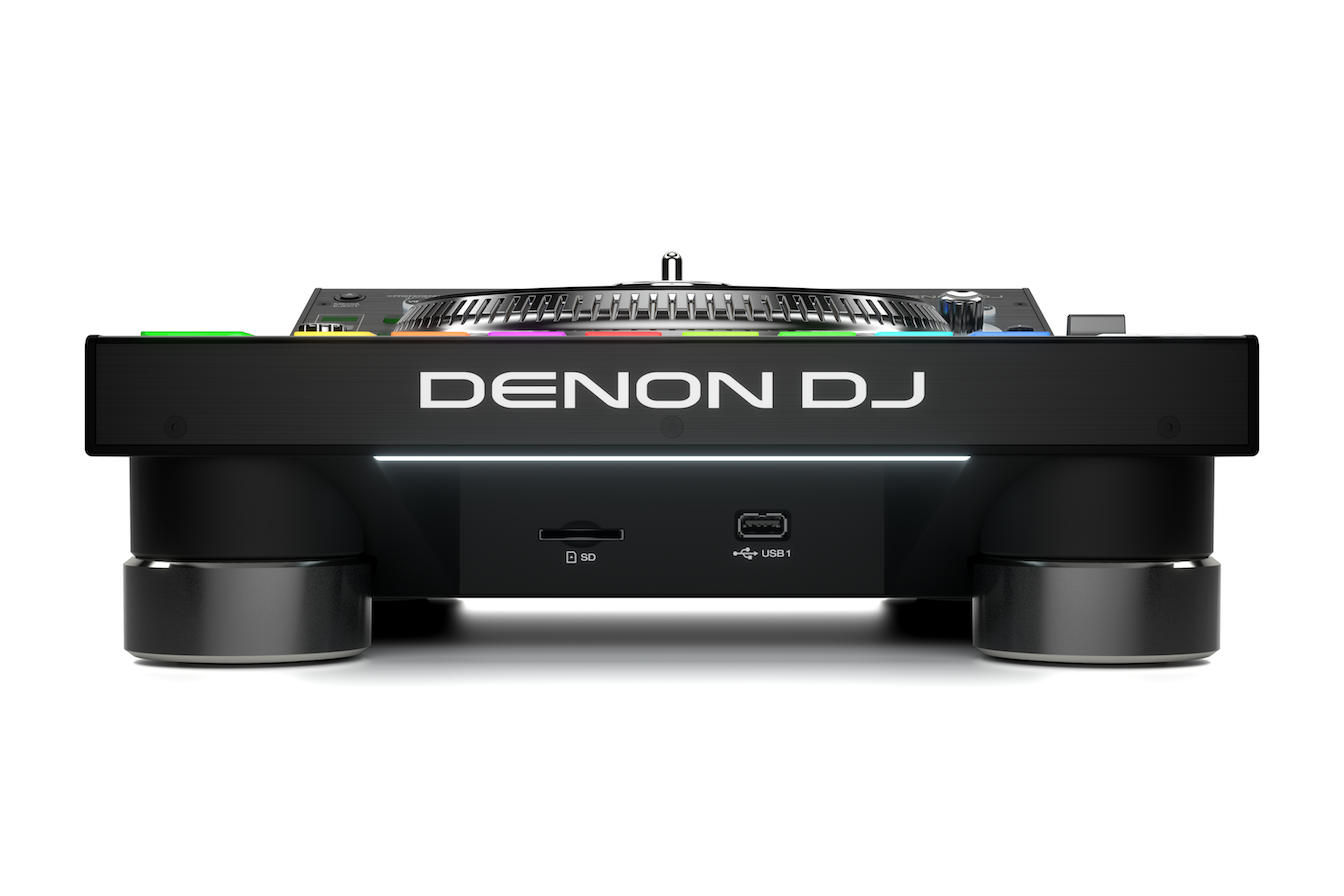 • The Denon DJ SC5000M Prime retails for US$1899 and will be available from autumn 2018. Check the Denon DJ site for more details.

What are your thoughts on this media player? Think motorised platters are cool, or are they gimmicky? Let us know below.

Manila-based Joey Santos is the Managing Editor of Digital DJ Tips. A DJ since 1999, he ran a successful recording studio for many years, and is a music producer and sound engineer too. He is the tutor for our Dance Music Formula and Music Production For DJs courses.