On November 22, Chorley promoters Jacked will throw a party at Gorilla Manchester that will raise funds for the late Sleezy D’s family.

The artist, who is best known for his acid house classic ‘I’ve Lost Control’, passed away in June from kidney failure

Read this next: Acid house trailblazer Sleezy D has died

Jefferson notes, “I just want to thank Jacked for doing this event. Keith and Sandro were Sleezy’s brothers and he loved them both very much. This event will give a little relief to Sleezy’s family, who had a tragic year not only losing Sleezy, but also his middle son Steve.”

“Sleezy always danced from the first song to the last every single party that he ever went to. I’ll personally seek to give everyone at the event the same passion for the party that Sleezy had.”

Read this next: Marshall Jefferson in The Lab NYC

When recalling memories of Sleezy, Jefferson explains, “There are like a million. First, one I remember is taking him to his first club when he was 14 years old. And he made his rounds and wound up talking to just about every single person in the club. At the end of the night, everyone was calling him Big Al.”

“I also remember him coming back from the Music Box in Chicago at about 10am and invading my basement. I was working on a machine called a TB 303. I couldn’t figure out how to work it and some really wonky sounds were coming out. I synced it with a Roland 808 and a ton of energy started happening. Sleezy immediately started jacking and I knew I had something-Acid House was born!”

Head to the Gorilla Manchester website to grab your tickets. 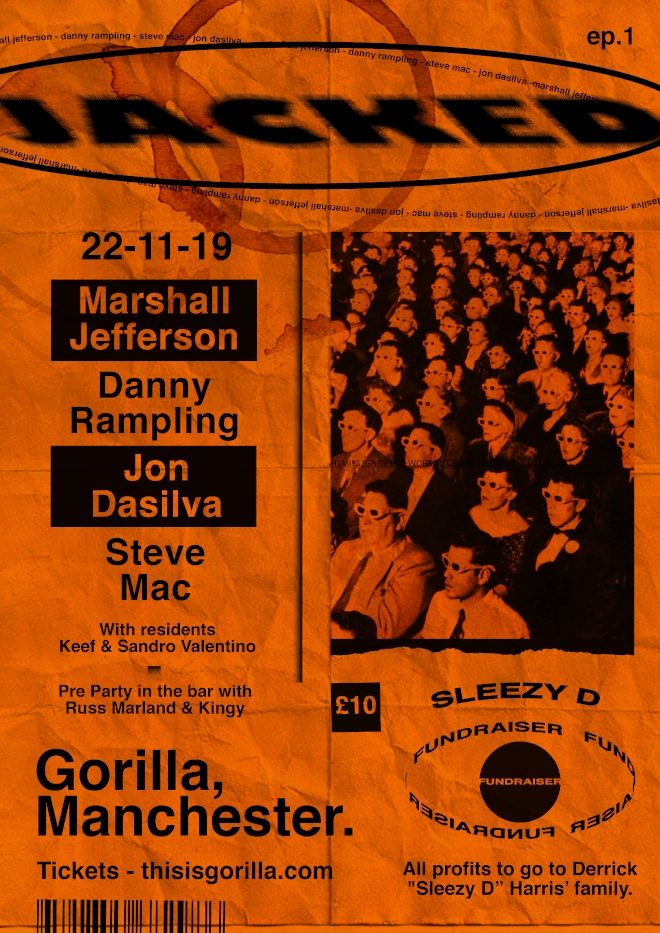