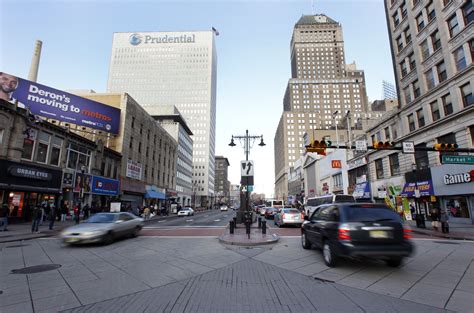 Jersey’s contribution to House Music has been obscured by time and eclipsed by its Chi-town birthplace and the mighty swagger of New York City’s House music offerings.  Those of you who were too young to be clubbing or weren’t clubbing in the years between 1985 – 1989 or even in the early 90s, maybe because the scene had changed from the Disco era of the late ’70s and early 80s or you got caught up in whatever popular drug vice at the time or you stopped twirling on the dance floor to raise children, etc., etc.  It was during this period that the Chicago House/Deep House phenomenon swept the dance music world away in its path.   Essex County was already fanatical with Disco/Club Music and Chicago House permeated every nook and cranny from Frelinghuysen Avenue to 18th Avenue to Main St.in East Orange/Orange and spread out across the county.

Newark, New Jersey’s Club Zanzibar, already seven years in from its grand opening in 1979, was out of its early 80’s glory days and worked hard to keep the level of entertainment going with its festive parties and top-notch dance music showcases.

Going out dancing all night long until breakfast had not fallen out of favor with the twenty-somethings and teens who were able to get past the pay booth. The Chicago House sound was in heavy rotation at Zanzibar alongside the Italo-Disco, UK Jazz-Funk, NY “boogie-funk”, DOR and 70s/early 80s R&B Disco & Disco Classics that was being played.

However, between those Chicago House tracks, a melodic, jazzy/gospel/funky vocal-dance music style began to weave between the “jack-jack-jack-your-body”, “don-da-don-da-donnie” and “la-la-la-la-like-this” output.  This music came from various Newark hoods that had at-home recording capabilities, places such as North 6th Street and Sussex Avenue to name a few.  These local Newark and Essex County-based producers started to create their own brand of electronic soulful dance music.  Borrowing elements of Chicago’s House Music but injecting chords, melodies and focusing on lyrics and the vocal performance sung in the R&B/Gospel vernacular that became, with each release another new, dance music phenomenon that would, for a brief period go around the world.

Zanzibar’s resident DJ, Tony Humphries was the head-maestro-in-charge who introduced this local, Newark/Jersey homegrown dance music to his weekly audience at the club and via his WRKS-FM “98.7 KISS Mastermix” show.  Movin’ Records, an East Orange record shop and record label on Central Avenue supplied Tony’s arsenal of musical weapons for Zanzibar and his radio show. This triage became the machine that catapulted local NJ producers and artists to worldwide legendary status.

These tunes, mostly vocal-oriented, gospel-influenced with R&B sensibilities and sophisticated Jazz and Funk grooves were juxtaposed with the best of what underground US House music had to offer.  The major four Jersey production camps: Blaze Productions, Smack Music, Ace Beat/B.O.P and Backroom between 1985 – 1992 were responsible for a majority of the “Jersey Sound” output that became some of House Music’s influential worldwide hits.

It was common for underground club aficionados to set up their tape decks to records Tony’s KISS-FM Mastermix shows before going to the club.  These tapes, precious and valuable then as they are now made their way to London and by 1987; one of the first “Jersey Sound” DJ/Artist tours was organized by London promoters.  By October 1989, the “Jersey Sound” exploded across the UK and a second London trip was organized with Tony Humphries who brought some of the patrons/employees of Zanzibar with him.

During the 1990 New Music Seminar in New York, a special event was scheduled at Club Zanzibar to take advantage of this high profile seminar by showcasing the music, producers, and artists.  The Jersey Jams showcase sponsored by Movin’ Records and Club Zanzibar was extremely successful became an unofficial point-of-interest for New Music Seminar attendees.   Later, The Jersey Sound Coalition was formulated by Movin’ Records and other Jersey producers and labels to regulate marketing, advertising and producer/artist development.

The Jersey Sound continued on after 1992 with a host of new, local producers making their mark and taking the sound to inventive heights.   It became more sophisticated and began to blend with whatever the current House sound was but always kept its early soulful integrity.  Other production camps around the US and the world would borrow from the “Jersey Sound” infusing their regional “House” music elements.

30 years later, the “Jersey Sound” can still be heard in subtle nuances in today’s Soulful House Music, a testament to the talented musicians, producers, vocalists who for a moment topped the House Music and Pop charts worldwide and put a “bowtie” on the early, track-based “jacking” Chicago House sound.  Here are the Top 100 of the dopest “Jersey Sound” tunes that are forever cemented in House Music History.