The Secrets To Running A Successful Record Label (Decoded Magazine)

“Running a label is a very tough business and it can take years to generate enough revenue to support even one person” – Chris Smith a.k.a. Shiny Objects

Chris Smith a.k.a. Shiny Objects is an integral part of San Francisco’s burgeoning electronic music scene. As one of four admitted ‘old school ravers’ he co-founded The Great Northern club in the SOMA district of San Fran in September 2016. The club has been quietly forging a reputation for world-class line ups and unmissable events. In the last three months alone, artists such as Âme, Adriatique, Dusky, Guy J, Nick Warren, Rodriguez Jr, Sam Gellaitry, Eats Everything, Butch, Audiojack, ANNA, Pig & Dan have graced the turntables. Chris Smith also co-founded Monarch club in 2011, which remains one of the leading names in electronic music in the city.

The team at The Great Northern are behind the huge block parties which have become an integral part of club culture on the US west coast. ‘It’s A New Day – Summer Edition’ will debut on 9th June, taking over three blocks around the club, with six stages of music and a host of credible DJ talent including Rob Garza (Thievery Corporation), Atish, Magda, Mike Servito, David Hohme and many more. This block party culture continues to grow with at least two more block parties confirmed this summer.

Chris founded highly-respected, deep house label Om Records in 1995, putting out music from the likes of Underworld, Groove Armada, Kaskade, Dirty Vegas, Ian Pooley, Crazy P, Miguel Migs and many more. The label has over 500 releases to date and continues to push the boundaries, not least through his artist project, Shiny Objects. He will be releasing a two-part album ‘Intermittent Dreams’ / ‘Intermittent Soul’ later this summer on the label.

Also, the man behind nightlife curation app, Up All Night, Chris Smith is undeniably influential, and with many plates spinning, Decoded caught up with the man himself to find out how, and why, he does it…

Hi Chris, many thanks for chatting with Decoded today. You’ve had a varied career so far in the music and nightlife industries. Did you have a plan? When did you realize you were in this for the long haul and have you ended up where you thought you would?

I can’t say I had a master plan. I started DJing and making electronic music when I was 14. I was immediately drawn to electronic based music and composing with drum machines and synthesizers. I then started the Om label when I was in my early 20’s and excited about the amazing scene in San Francisco. At that point, I was over the moon to have the opportunity and couldn’t see past the next year. I had no concept it would lead to a 25-year career in dance music.

You co-founded Monarch club in 2011, which quickly gained a reputation as one of the city’s leading clubs, bringing quality international DJ talent to San Francisco. Monarch is still going strong, so why did you open The Great Northern?

Monarch is our baby and is the cornerstone of our brand. It’s a small space that allows us the freedom to experiment and be who we are. At the same time, its size can be a limitation and we found ourselves locked out of a lot many cool shows we wanted to do. The Great Northern is really a larger extension of Monarch. It’s the same team and the same creative energy…just a bigger room. It’s allowed us to grow and do many interesting things that are simply too big for Monarch.

What is it that makes The Great Northern special? Why do you think DJs and clubbers from beyond the US west coast are starting to talk about it?

We put our heart and soul into The Great Northern along with the combined knowledge our team has accumulated on this long journey. This includes attention to detail with sound/acoustical treatment and creating a modular space that can be configured in many ways. The massive DJ booth is actually on castors and rolls into a “barn” to make way for a full live stage for bands. There are aerialist installations throughout the venue. There’s even a secret upstairs disco loft. We do major block parties on the street out front. The Great Northern really has it all. It’s a canvas for immersive shows that was designed with pure love and creativity.

Block parties are rarely mentioned as part of club culture, however ‘It’s A New Day’ for example, seems to be a huge celebration of electronic music and performance, embracing all subcultures and sexualities. In many ways, this is the true embodiment of club culture. Is this deliberate, or something more organic? How and why did you start these block parties, and how big do you think the concept can get?

The block parties are really mini music festivals in the heart of the city. They’re a reflection of the true San Francisco vibe, which is all about diversity, inclusiveness and celebrating the weirder side of things. For our team that’s also what club culture is really about. We’re old school and are naturally drawn to that energy. San Francisco has gone through a pretty dramatic shift over the past decade and that true culture is getting harder to find on every level. However, it’s still there under the surface and we try to bring it out wherever we can and celebrate the true San Francisco vibe. Block parties are a great opportunity to do that and allow us to bring together a diverse range of music, arts and people.

Many of the promoters you work with are also known as major sound system at Burning Man and run fundraiser events through the year to pay for this. You were a founder of the Disco Knights sound system yourself. How important is Burning Man to San Francisco’s electronic music culture?

Burning Man sound camps are a huge part of the SF scene. This is one of the purest expressions of what club culture is all about. We’re talking about groups of people who bust their asses all year and invest their blood, sweat, and money to create amazing sound camp experiences at Burning Man. It’s one of the few areas you can see people working so hard with zero profit motive. The fundraisers that happen at The Great Northern and other venues in the city are an extension of that badass energy. We’re fortunate to be in a city where so many of the great camps hail from. 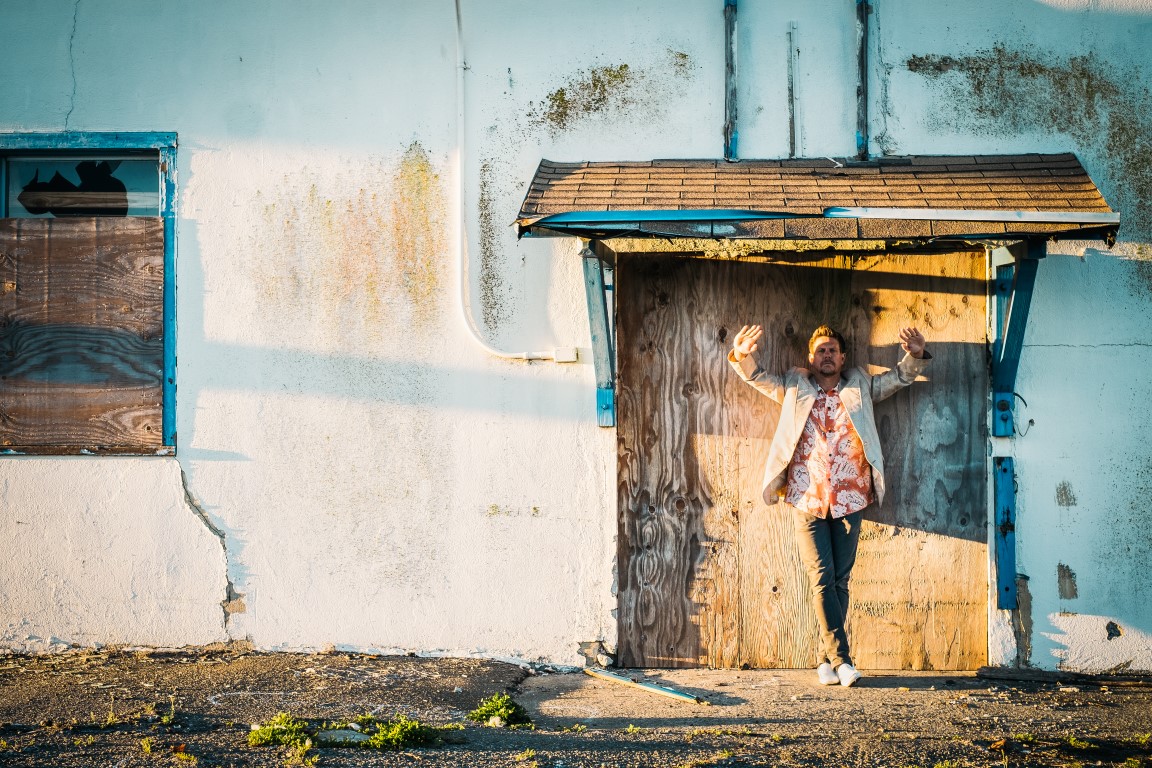 How much of your time is taken up with running Om Records these days? Would you recommend running a record label to someone looking to get into the business?

I now have two amazing partners at Om: Gunnar Hissam and Brian Clothier. They do most of the heavy lifting running the label, which has allowed me to focus on other initiatives. Most of my energy going into the label at this point is around my personal Shiny Objects production work. Meanwhile, Gunnar and Brian are developing a new wave of artists like TWINKIDS, Reptile Room, Body Language, Rocket Empire, and Jazzual Suspects.

Running a label is a very tough business and it can take years to generate enough revenue to support even one person. If you are driven by the love of discovering, developing and sharing music and have the stamina to stay in the game then yes, I would recommend it! This is actually a great time to get into the business as the market is finally expanding after 20 years of contraction. There’s limitless opportunity. At the same time, you will need relentless staying power to succeed.

You have a new album coming as Shiny Objects. How do you find the time to produce music with all the other projects you are involved in? What can we expect from the album?

The main challenge is finding creative energy and inspiration. When it’s there it’s there and you act on it. When I’m feeling inspired I give up my weekends, evenings and free time to get in the studio and make music. This is a double album that took me two years to create. I separated it into two parts as each half has a distinct vibe I wanted to maintain. Part one, ‘Intermittent Dreams’ is dreamy, spacey and relaxed. Part two, ‘Intermittent Soul’ is darker and more up-tempo. I wrote, produced and mixed the entire thing, and did vocals and guitar on several tracks. I had a couple of amazing musicians like Matias Tasley and Steve Bruel add guitar and other bits on a few tracks.

The US has recently seen what many would describe as the death of commercial EDM and a big switch to house and techno. What do you think is driving this and is it a good thing?

I’ve seen so many cycles of this it’s hard to comment. It’s all a big cycle. It’s nice to see house and techno growing in popularity. EDM really ran into a wall with so many artists doing almost the same thing. Hopefully, this trend continues.

Since you began your career, which of the changes you’ve seen in music and clubbing have had the biggest impact? Do you predict any other big changes in the near future?

I’ve seen so many cycles (good and bad) in the scene over the years. It always seems to come back to house music. I would love to see that trend continue and for house, techno and quality electronic music to take the main stage in the US.