Lightfoot – the first black woman elected as mayor of Chicago, which with her election became the largest in United States history to have an openly LGBTQ+ mayor – paid tribute to the Chosen Few Picnic. The Chosen Few DJs are likely the oldest house music DJ collective in the world.

“House music began in Chicago,” Mayor Lightfoot posted on Twitter. “And now it’s all over the world. Thrilled to swing by the Chosen Few Picnic and House Music Fest. Hope everyone enjoyed some great music and weather!” 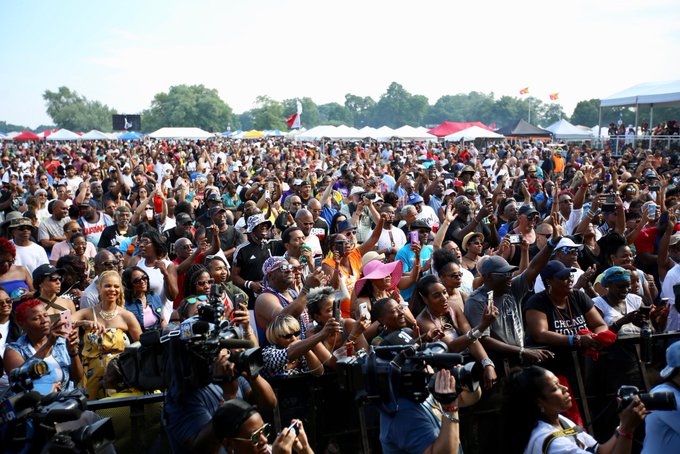 In its 29 year history, the Chosen Few Picnic has gone from an informal gathering of friends to a ticketed outdoor festival held in Jackson Park on the Southside of Chicago. In that time, official recognition of the festival has gone from one of ignorance (even the alternative press more or less ignored the festival for its first two decades) to one of active cooperation and now wholehearted endorsement. Then-President Barack Obama sent a videotaped greeting to attendees at the Chosen Few Picnic in 2015 and later invited the celebrated Chicago old school house music and disco crew to the White House.

In other news, the Chosen Few also announced Roy Davis Jr as the recipient of the “Frankie Knuckles DJ Hall of Fame” award. Which was both a grand gesture and a well-deserved one.