‘It speaks to an ancient history’: why South Africa has the world’s most exciting dance music (Guardian) 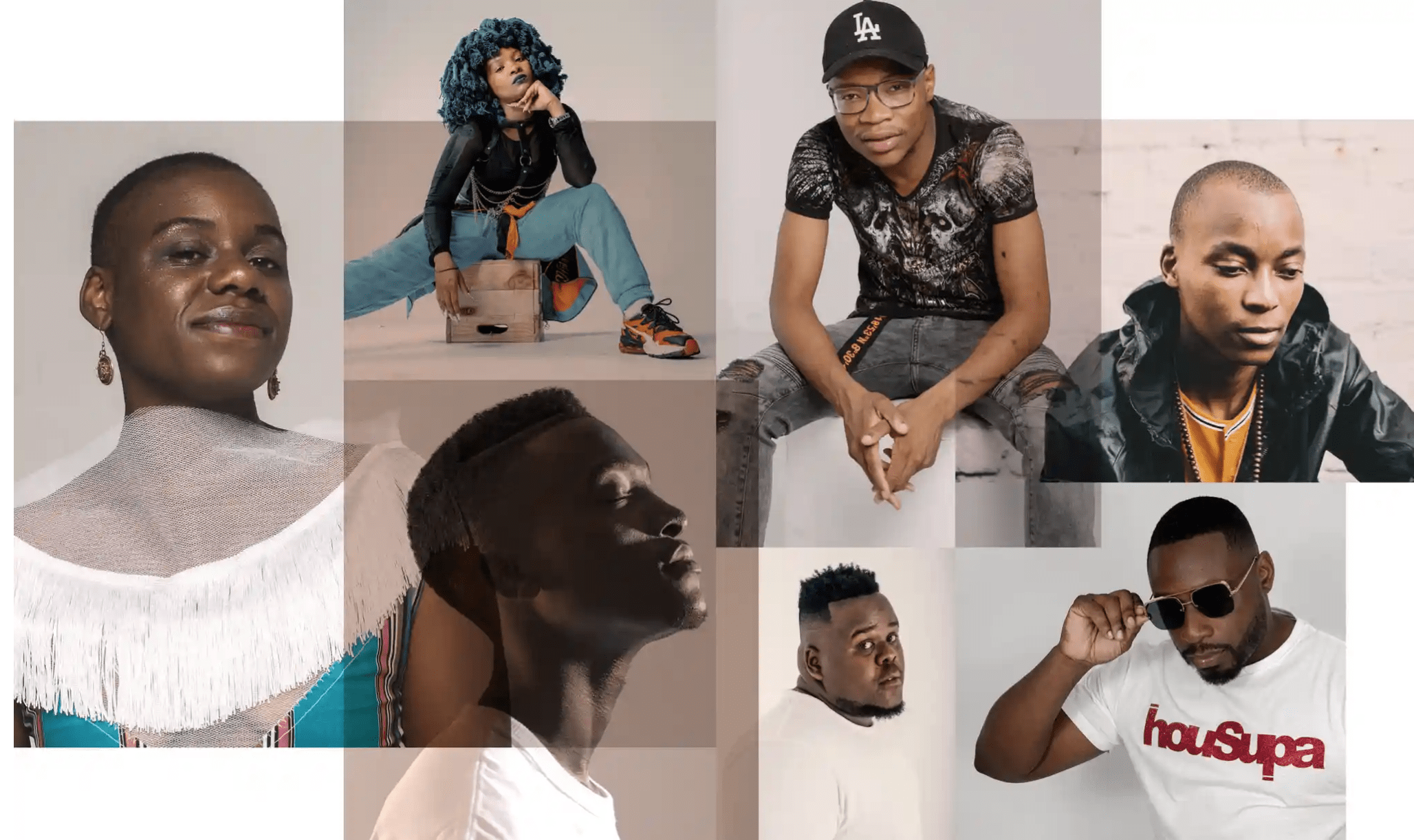 Styles like afrohouse, gqom and amapiano are thriving – but with ‘half–baked white kids getting a lot more airplay’, South Africa’s inequalities still hold the dance scene back/

Many people got their first taste of South African dance music this year via six Angolans dancing in their backyard, dinner plates in hand. Their viral video, with casual but masterful moves set to Jerusalema by South African producer Master KG, created a global dance craze; the track ended up all over Radio 1 this autumn and topped streaming charts across Europe.

Jerusalema is just one track amid what has now become arguably the most vibrant and innovative dance music culture on the planet. In South Africa, dance music is pop music, from townships like Soweto and KwaDabeka to cities like Durban and Cape Town. The country has 11 official languages, each with its own cultural practices, and even the national anthem of the so-called Rainbow Nation is comprised of the country’s five most commonly spoken: Xhosa, Zulu, Sesotho, Afrikaans, and English. Out of this rich cultural heritage, and in a country that has long had distinct dance styles like jaiva, marabi, kwela, and mbaqanga, has come wave after wave of astonishing work.

The roots of today’s scene go back to the club culture of the 70s and 80s when disco, electro, and hip-hop primed South Africa for the explosion of rave. Pioneers like Vinny Da Vinci & DJ Christos, Glen Lewis, Tim White and Oskido intersected US house with local styles; economic limitations led to the birth of kwaito, where artists made their own tracks by slowing down house records and adding vocals in their own vernacular. Kwaito gave a voice to underrepresented communities in neglected townships, something that’s equally true of today’s dance styles.

“When we all voted in 1994 [for Nelson Mandela and the end of apartheid], we were sold this idea of an equal country and freedom, but what’s freedom without a fair share of the economy, or the land?” says Da Kruk, real name Kutloano Nhlapo. Today’s dance culture, he says, is still “the voice of the majority that has the minority of resources. A lot of what’s come through amapiano and gqom is similar to kwaito, where young people are using it to voice their frustrations, and where they are mentally, through street lingo.”

As with the bootleg cassettes that took house music around the country in the 90s, WhatsApp and social media have allowed these kids to bypass traditional systems to go viral. WhatsApp has helped drive amapiano’s recent exponential growth, described by Da Kruk as “an ungovernable wildfire. Major labels still don’t know how to sell the music because it’s so self-sufficient”. Views of the amapiano hashtag on TikTok currently stand at 133m; genre stars like DJ Maphorisa, MFR Souls, Kabza de Small, Gaba Cannal and Moonchild Sanelly have racked up millions more views on YouTube, and user-generated dance videos have increased their global visibility, including in London, where amapiano has been embraced by the city’s Black underground community.

The cross-continental connection dates back to the late 2000s when UK funky – which blended African and Latin rhythms with soulful and tribal house influences – was developing. The percussion on tracks produced by South African house star Black Coffee complemented UK funky’s drum arrangements in DJ sets; he has since been sampled by Drake and successfully established afrohouse in Ibiza via his DJ residencies there. “It was the groove and the soul in Black Coffee that resonated,” says Supa D, whose remix of SA dance anthem King & Queen would likely have been an Ibiza hit this year, had the pandemic not shut the clubs. He compares it with how the west African pop genre Afrobeats has also blossomed in London’s Black communities: “You’ve got some tracks that are made by UK artists and others that are from Ghana or wherever, and it’s all got the same vibe. The drums alone just take you to that place and make you think that you’re there.” Jackie Queens, a singer and songwriter originally from Zimbabwe who runs the label Bae Electronica, says the music “speaks to an ancient history, whether it’s something that comes from the family they’re born into or the communities they live in”.

Cultural parallels have also been drawn between grime and gqom: both centred around lo-fi minimalism, with tracks produced by teenagers on home computers with cracked software. Gqom emerged from Durban in the 2010s, where pioneers the Naked Boyz began to experiment with broken beats, moving away from the traditional four-to-the-floor house rhythm. This inspired people like Masive Q, of the Rudeboyz, to play around with harder, minimalist interpretations. “Gqom music doesn’t come from rich people, it comes from the townships,” says Masive Q, real name Lionel Msabala. “It sounds wretched. The way the music sounds, it comes from hustling people.”

“It’s a culture thing, it’s a Zulu genre,” says Griffit Vigo, another pioneer. “It’s dark and dreary, but it depends what kind of creativity you bring. It’s about sampling, looping, chopping, using vocal clips – it sounds hype, it sounds vibrant.”

Gqom reached its peak in 2015 as the sound travelled from Durban, particularly its crucible in the nightclub 58 (“where we unlocked the fear of releasing music,” says Masive Q) to the rest of the world via labels like Gqom Oh! set up by Italian DJ Nan Kolè. Londoner Scratcha DVA cultivated his own twist, UK gqom, by folding in UK funky, and gqom is adored across European experimental scenes. In the mainstream, music website Noisey followed Stormzy on a visit to South Africa where he learned about gqom and Zulu culture with local star Muzi. Last year one of gqom’s most prominent artists, DJ Lag, featured alongside Moonchild Sanelly on Beyoncé’s Lion King soundtrack LP, and will.i.am recently apologised to him for failing to credit him on a track he appeared on.

Gorillaz and Ghetts have also worked with Moonchild, Alicia Keys had Black Coffee remix her song In Common, Disclosure’s recent album features a couple of Afro-esque cuts, and European labels such as Moblack, RISE, Aluku and DM.Recordings have given further international platforms for African house music. And of course there’s Jerusalema’s massive success, which Master KG says “will give producers from here the confidence to believe that they can have a global hit”.

On home soil, though, major labels have been slow to nurture homegrown talent, often only signing local artists once they’ve received international attention. This has led to an underground industry that is self-sustaining, with plenty of Black-owned enterprises and young stars acquiring wealth, while systemic privilege nevertheless maintains a grip.

White South Africans, Da Kruk says, are just “throwing money back into their people. They are generally still quite nonchalant when it comes to Black urban culture – they’ll wait for the world to acknowledge us, and then start investing in us.” Queens says “you can still see the divisions” in other areas of dance culture: “A lot of the large festivals are white-owned and don’t operate in Black areas, but they’re also the most popular ones, like Ultra festival, AfrikaBurn or Wolfkop Weekender.”

Then there’s the way the music is sometimes exoticised by the west; a common mistake made by international observers is that “authentic” SA electronic music features indigenous chanting or tribal percussion. “People have a shallow understanding of the breadth and depth of the music that comes out of South Africa,” says Queens; artists like Nonku Phiri and Angel-Ho are among those challenging external perceptions. “Part of it is how the culture is mediated by brands” outside the country, she adds, citing coverage with limited scope by western publications. “You’ll see a lot of South African artists, but it’s through a small lens … the editorial decisions either focus on a specific genre or a popular person.” Label head and DJ Kid Fonque agrees: “All the European audience seem to know is afrohouse and afrotech, but there’s a really big deep house community in this country and a lot of kids making experimental sounds.”

The next mutations are already appearing, with South Africa’s burgeoning alternative R&B and soul scene adding another dimension. Da Kruk is still optimistic that the global reach of his country’s electronic music will inspire hope in future generations of Black South Africans, pointing to his radio shows on UK stations Drums Radio and the Beat London. “The fact that I’ve got a radio show in the UK and I’ve never been there – can you imagine my mother or grandad trying to fathom that?” he exclaims. “As people that are invested in this movement, we just constantly need to keep believing – and breaking down the walls.”