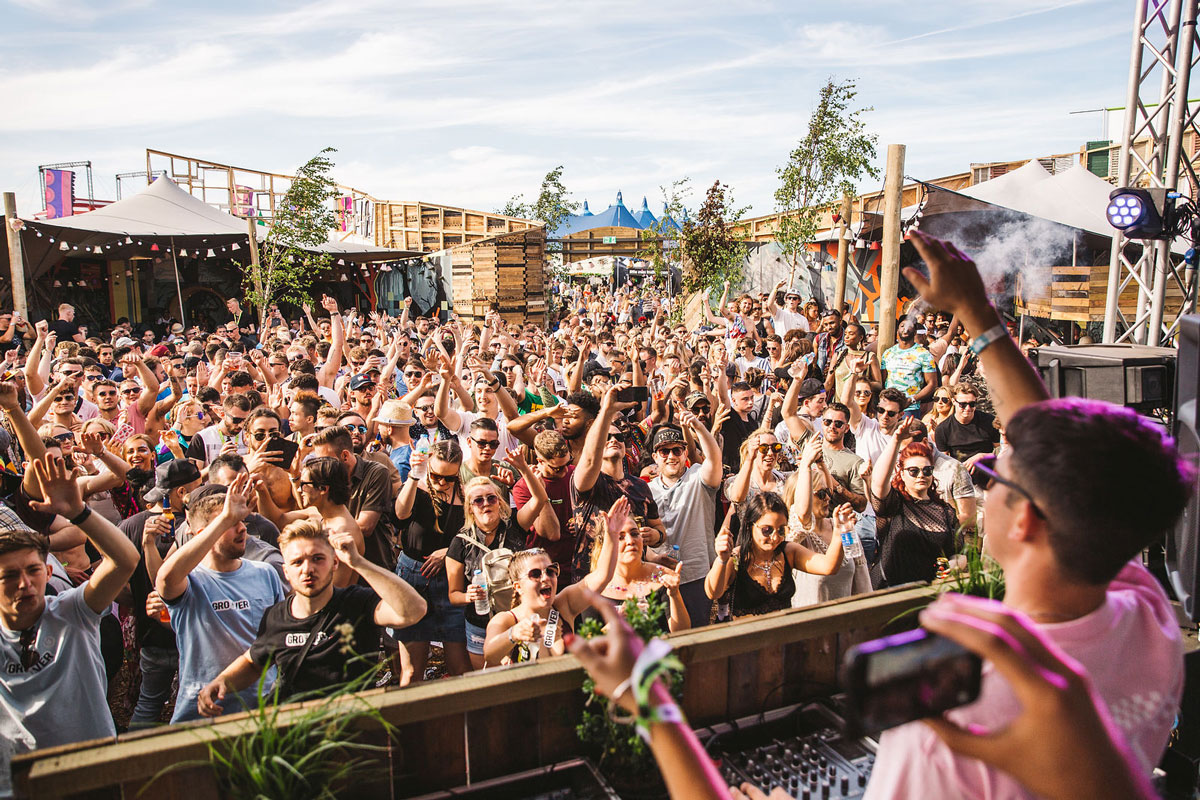 Image: FSTVL. Back in normal times…

Incredible scenes bouncing out of Miami are making the world’s dance music community sigh with envy.

But it’s not just the music they’re in awe of – it’s the gig. Something we have seen precious little of, particularly in the US, for a good fourteen months.

Michael Bibi is a DJ and producer from London – a one time DJ Awards winner who’s been a fixture of the UK’s dance music community for quite some time.

His raw passion for Music, which has been with him since childhood, was recently on full display as he took to the decks in Miami.

Yesterday he shared clips of the Miami show on Instagram, captioning the post, “the world is healing.”

The comment section quickly filled up with gratitude from patrons and fans, asking for track “IDs” and blowing smoke up Bibi’s talented proverbials…

“Thank you for blessing our ears and hearts,” one wrote. “Deep in that flow state,” commented another.

Another user wrote: “Miami leading the way bro… My 7 weeks there this winter literally gave me faith that the rest of the industry will get past this. Unforgettable Memories.”

“Can’t wait to see you @arcmusicfestival im gonna cry 😭 first festival in over a year.”

We Rave You reports, “With President Biden enforcing responsible measures in the fight against COVID-19, American nightlife has been able to re-open, with Pryda taking to Club Space in Miami earlier this week for a very special set, which lasted a total of 4 hours.”

“With the venue also hosting the likes of Michael Bibi, Jamie Jones, and Luciano, the move marks a new chapter for the U.S night-life industry and follows on from the recent news that the Wynn resort in Las Vegas have booked Alesso and Kygo as residents for the 2021 season.”

Though we all need a bit of good news after the last year, given the re-explosion of COVID currently in some other parts of the world, Bibi’s video also stirred a bit of envy.

Another tagged her friend, writing, “look at miami now wtf why can’t it be like that here😭😂.”

“Pfft,” another said, after being tagged by their friend.

Over here in Australia, it’s also remarkable to see. Though we have far fewer COVID cases than the US… 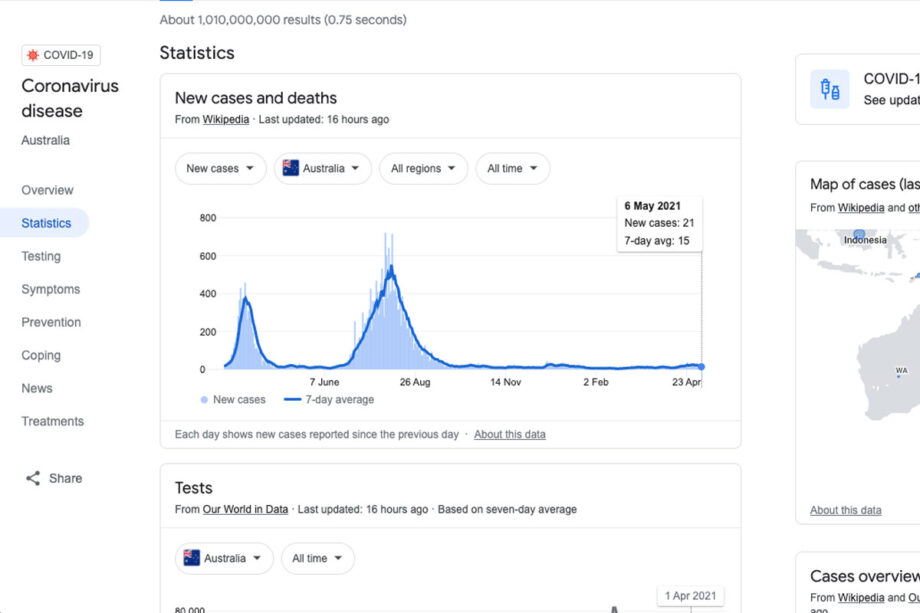 …our festival scene is yet to properly kick back into gear. 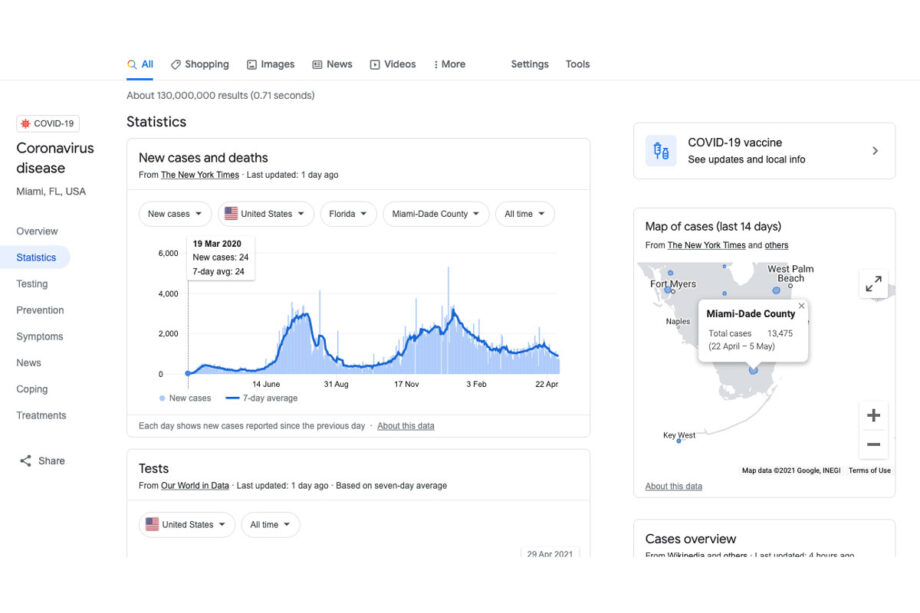 Meanwhile, though it is in a much better place than last year, the US still has significantly higher numbers of confirmed COVID cases than Australia.

At the time of writing, Miami Dade County has had 488K total confirmed COVID cases and 6,207 deaths.

That being said, Australia is now perhaps set to start looking at America with envy rather than sympathy.

As an article in Traveller recently pointed out, even though Australians have become used to feeling sorry for those in the US (where more than half a million have died since the beginning of the pandemic), “the US is about to become, if not the envy of the world, at least the leading example of what the world will look like in a post-vaccine era.”

“The US’s vaccine rollout has been astonishing and extremely impressive, particularly when compared to the efforts of other countries – say, for example, Australia. Already, more than 200 million vaccine doses have been administered in the US. The country is expected to have fully vaccinated 70 percent of its citizens by July. Daily COVID-19 cases have plummeted.”

Traveller continued: “The whole world will eventually look like the US, with its open borders and vaccinated populations. There will still be cases of COVID-19 in the States, of course. But this is the way the world will have to be, the way we’ll have to survive, the way Australians will eventually have to live, too: with vaccinations, and with COVID-19.”

As of May 6th, 2021, 47.31% of people in Miami-Dade County, FL had been vaccinated with one dose of the vaccine, and 32.67% of the population were fully vaccinated, according to Springfield News Leader.

Bibi’s “the world is healing” remark, then, if you just look at the US, had something to it (though, globally, there is a long way to go).

He also has upcoming gigs in Portugal, Serbia, the UK, Italy and Malta.