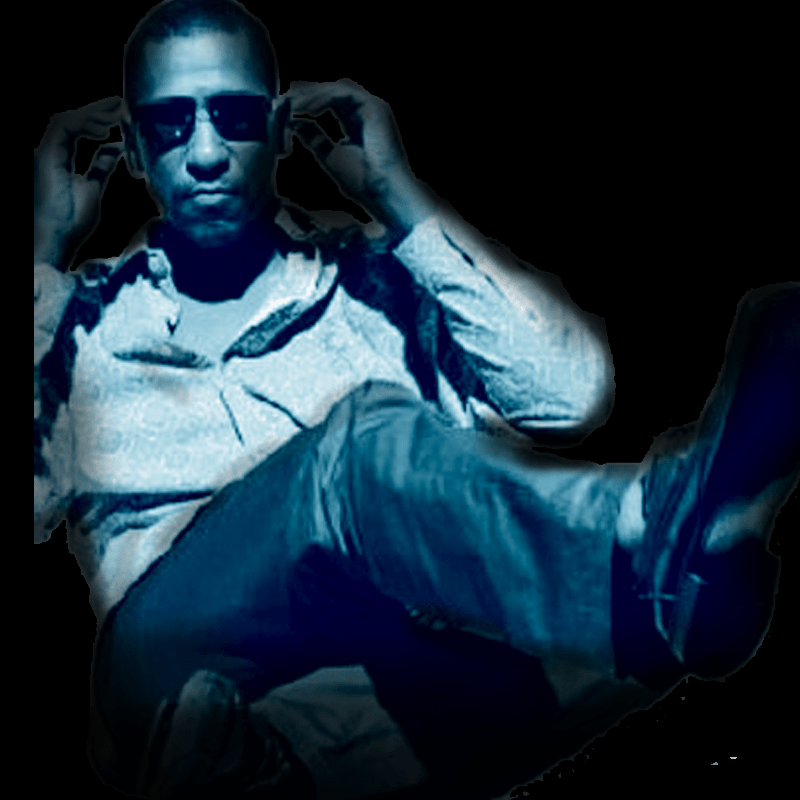 Paris Brightledge is one founding house music member stemming back to the 1980s. His first release “It’s Alright” became a catalyst for house music exposure across the world. Paris is a gifted and talented music artist with a signature trademark vocal style. Born in Chicago, IL, Paris is the father of four, married for many years, and has a new release coming out in September on DJ International Compilation, definitely check it out.

And Thank You for agreeing with this interview for My House Radio Station… as you know, we’re one of the top House Music Broadcasts on the Internet… and I welcome your gracious input.

Q: Mr. Paris Brightlege, we at My House Radio welcomes you and glad you are here… Let’s start, how did you get into “House Music”?… What compelled attracted you to it

A: It was early 1985. I had just returned to Chicago from a two-year stay outside the state. When I got back home, my musician friends were telling me that Kevin Irving a vocalist from a former band I used to complete with was all over the radio with Chip-E’s “If You Only Knew”. I was envious. Besides news of my homecoming was creating quite the stir within the circles and people were eager to work with me within a new genre of music called “House Music”. 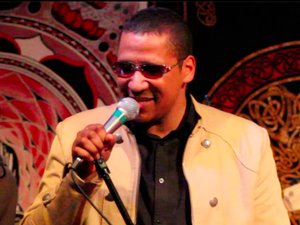 Q: What was the very first House Track you did and how did you feel about it

Q: How did you interact with the beginning Chicago Underground Scene… did you go to Music Box, Power Plant… are these some of those clubs where you got inspiration and if not, where from

A: Went to both. Heard Knuckles on more than a few occasions and interacted at length with Ron Hardy whom a couple of friends in my circles knew fairly well. Got no inspiration from those joints. Got plenty high though and saw a lot of strange shit. Heard some underground shit as well as club classics (old disco).

Q: Was It’s Alright your first hit record and tell us the story how it was made… What was your inspiration to do it… and… did you think it would create the global status it did 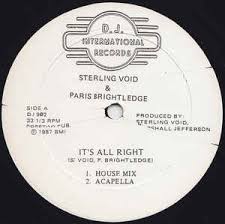 A: It’s All Right late 1986, was my first recording. Sterling Void knew my Uncle/Cousin Robert Bond, (we are very close in age so at the time it felt weird calling him uncle so I would refer to him as a cousin). I wanted to make sure it had a chance at becoming an indelible song by the way I structured the vocals and more so the lyrics I chose and wrote. Global status??? No i couldn’t foresee that but I knew coming out of the studio it had the potential to be just as good or better than anything at the time. Even “Move Your Body”, which was blasting across all the radio stations at the time.

A: “Learn To Love”. Which I personally thought would do better than it did. Unfortunately, I wound up failing miserably concerning that prediction. Although over the years it has garnered some acclaim. 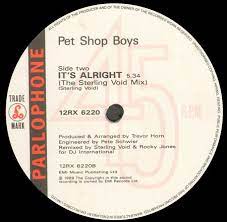 Q: I personally liked the Pet Shop Boys version, can’t speak for all loll… but how did all that come about… how did they approach you for them to do it

A: I was under contract with DJ International at the time and had very little to no control of the material or negotiations that went into that deal. I thought it was an artistically shitty representation, but am nonetheless thankful for their effort as they are a huge European act and Duo. Their version, I must admit has put much food on the table.

Q: What’s your favorite cities to perform and why

A: I loved New York, Paris, London, and Chicago. All of those places are the epicenters of nightlife. I must admit there was nothing like New York back in the day. I think the highlight of my performance days must have been NY’s Studio 54 and the Apollo Theatre. The crowds were difficult but if you were talented you wouldn’t have had a problem. I always got through the night. I once saw an act where the NY crowd was yelling for them to, “Get The Fuck Of The Stage” in unison. Scary.

Q: I assume you write a lot of your material lyrics… what goes into the process… where do you draw your creativity from

A: The music must be my muse. If I hear the right music and it touches me in the right area of my artistic self I can come up with some pretty nice shit. I write all of my lyrics. The only song I appear on where I didn’t write the lyrics is Sterling Void’s, Runaway Girl.

Q: You seem to stand out with your music with an impressionistic unsystematic style… how do you work vocals with music production… are you part of the instrument arranging music-making process

A: In the beginning, I would rely heavily on outside producers and that wouldn’t always turn out the way you wanted. I would usually end up being a featured artist. Lately, though I’ve been doing all of the producing. My last EP Deep In My Soul, which I feel is my best outing to date has received stellar reviews and I”m very proud of it. I like diminished chords, 9ths and 7ths minor. Which are dark but just where I begin to become emotionally involved. I don’t follow trends. I tend to look for melodies, chord structures, and sounds that aren’t being used.

Q: House music (to me) is about the expression of one’s creative artistry… what motivates you to continue to produce your music

A: I guess in some way all of my life I’ve endeavored to express myself artistically. I’m a professional Photographer, Lyricist, Vocalist, Songwriter, and Producer. I guess I’ll be expressing myself in some for this way until I die.

Q: What are you like in the studio lol 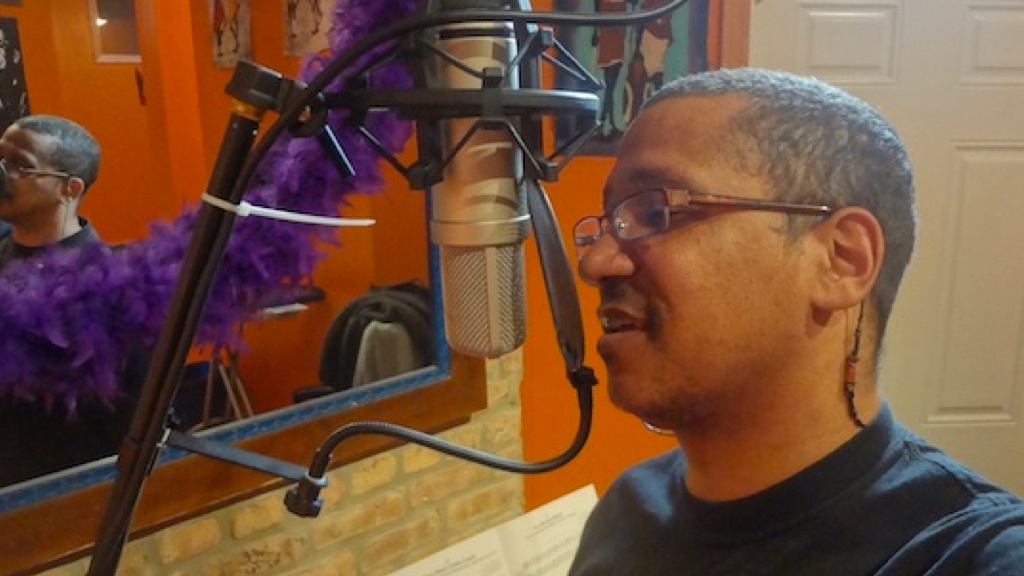 Q: When you release a production… what goes into it

A: Negotiations. LOL. Always a back and forth with the execs CEO’s. Sometimes the deals can be just as challenging as the music. It’s weird. I’ve gotten so good at it now that it’s actually second nature. If a record company takes time out of their busy schedule to contact you about a demo you sent…………..THEY WANT IT. Simple. Now just don’t blow the deal by being unreasonable. Know the industry and execs usually won’t press the issue concerning what they want, although they’ll ask. Never give up your publishing and always ask for an advance. Even in the digital age, ask for an advance. If there’s a contract to be signed require an advance. I have attorneys who look out for me now but that wasn’t always the case.

Q: What are your goals with your music

A: To continue my legacy. I want to be known in the same breath as the “Some of the greatest vocalists in the House Music Genre”………. Continue to release vinyl mainly. Unless it’s a major label putting out digital. Gotta think sync licensing. 🙂

Q: Now let’s meet Mr. Brightledge… tell us about yourself… who you are… what you seek… what you want to do

A: Very passionate. I hope it shows in my art. Husband and father of four. Chicago Born and bred. Real simple people with simple needs. I hate this shitty world we live and won’t mind when my time comes. I love music and the arts in general. I hate to see the small guy being taken advantage of. I’m an activist and if you listen to most of the music you can tell that I’m socially aware. always have been. Would love to see the day when we stop killing, unfortunately, that day will never come, people being what they are and all.

Q: This interview is not about other House music producers but about You… what advice do you have for upcoming producers

A: Get out of the game. LOL. I don’t know, but I’ll be brutally honest if you have an actual talent exploit it if you don’t move out of the way. Don’t be a pretender. Too many untalented MF’s getting rich today. Am I talented??? I think I can sing a song or two. LOL I usually leave that up to the general public who’s collective voice I’ve decided says………..I should have a platform.

Q: Please feel free to add whatever you wish

Q: Feel free to add any promotions you are involved with links to purchase, video, web, social media, whatever you like