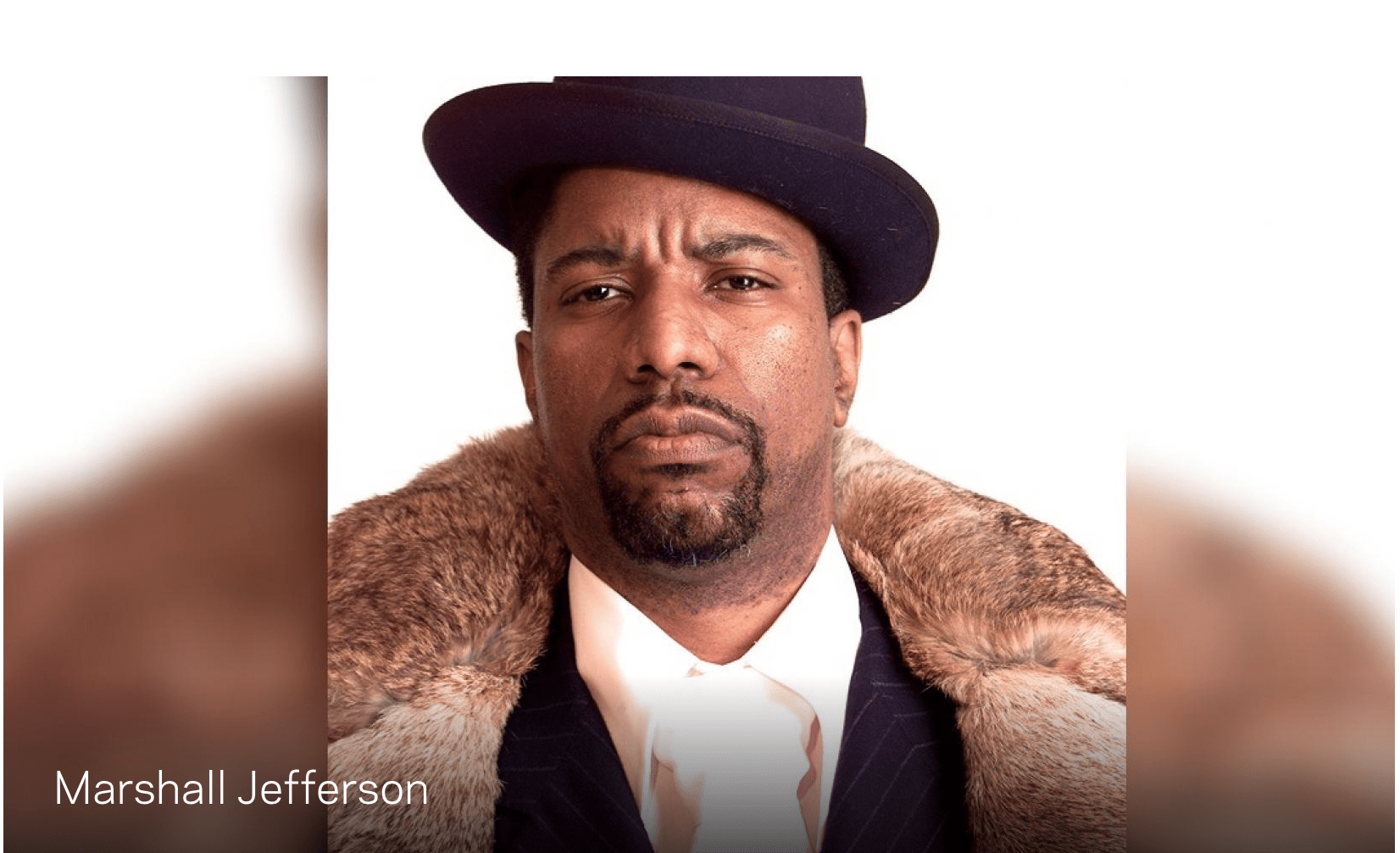 FacebookTwitterEmail
The OG DJ/producer made his lasting mark with “Move Your Body” in 1986, the first-ever piano house track, which reemerged late last year with a hugely popular remix from Solardo. His latest, “Let’s Get Busy,” also brings new life to a classic
ANA MONROY YGLESIAS
GRAMMYS

With the unprecedented global disruption of 2020, it’s important to support the music community however we can. With our series Record Store Recs, GRAMMY.com checks in with vinyl-loving artists to learn more about their favorite record stores and the gems they’ve found there. Today, we get a special throwback edition from one of the Godfathers of House music, Marshall Jefferson.

In 1986, Chicago DJ/producer Marshall Jefferson released the ecstatic, piano-led “The House Music Anthem (Move Your Body)” on legendary local imprint Trax Records, unleashing a quintessential building block of house music that took the scene by storm. It is credited as the first track to bring piano (inspired by Elton John, nonetheless) into the emerging house music sound he and fellow OG DJs were creating in the Chicago and New York City underground.

Following that pivotal moment, he stayed active and innovative in the Chicago underground until the late ’90s, DJing clubs and releasing countless classics under his various aliases and collabs, including “The Jungle” as the Jungle Wonz in 1986, “Open Our Eyes” in 1988. In the 2000s, he began to focus more time on DJ gigs and relocated to London (and later Manchester, where he still resides) to be closer to the European clubs he was being booked at.

Read: Soul Clap Wants You To Rave The Vote This 2020 Election

In October 2019, Manchester duo Solardo worked with the icon to deliver an updated recording/remix of “Move Your Body” on Ultra Music. Since then, Jefferson has firmly returned to the global underground dance spotlight, as a younger generation was delivered the enduring magic of old school piano house.

Since the wildly popular update of the classic track, Jefferson has released a healthy serving of new tracks and remixes, including “The Storm,” “Kiss The Dragon Remixed,” and most recently, on Aug. 14, “Let’s Get Busy” featuring OG house/R&B vocalist CeCe Rogers and Glasgow duo Illyus & Barrientos, who deliver a rework of the lively 1988 jam. Pre-pandemic cancelations, Marshall was set to play some big shows and festivals this year, including England’s massive Glastonbury.

For the latest edition of Record Store Recs, the house icon serves up something a little different for this inaugural throwback edition, sharing some of his favorite records from his collection, what he believes is the essence of house music, how dance music can better honor its roots and more.

When did you start collecting vinyl? What is the first record you remember purchasing?

What were your favorite record stores in Chicago in the ’80s and ’90s? Are any of them still there?

My favorites where Loop Records and Imports Etc. I believe both are closed now.

What are some of your favorite records from your collection?

What do you love about these records/artists?

How would you define the essence of house music? In your opinion, what makes something a great house record?

House is underground. It moves the cool people on the dance floor. It’s quality. A great house record makes people scream, dance and raise their hands in the air when they hear it—”hallelujah.”

How can dance music and the broader music community better honor its roots, and the Black and brown artists who pioneered it?

Just give us a chance, man. Promote us. There’s a huge discrepancy in fees and promotion between Black artists and other races. When you see the millionaire DJ lists, Black DJs are never on them.

What can music fans do to better support Black artists and businesses?

The fans can’t do any more than they’re doing, I think. It’s not their fault the dance music industry ignores Black artists when it comes time to promote artists. The fans buy what they’re exposed to. In pop music, I feel Black artists are represented, but in dance music? Nope.